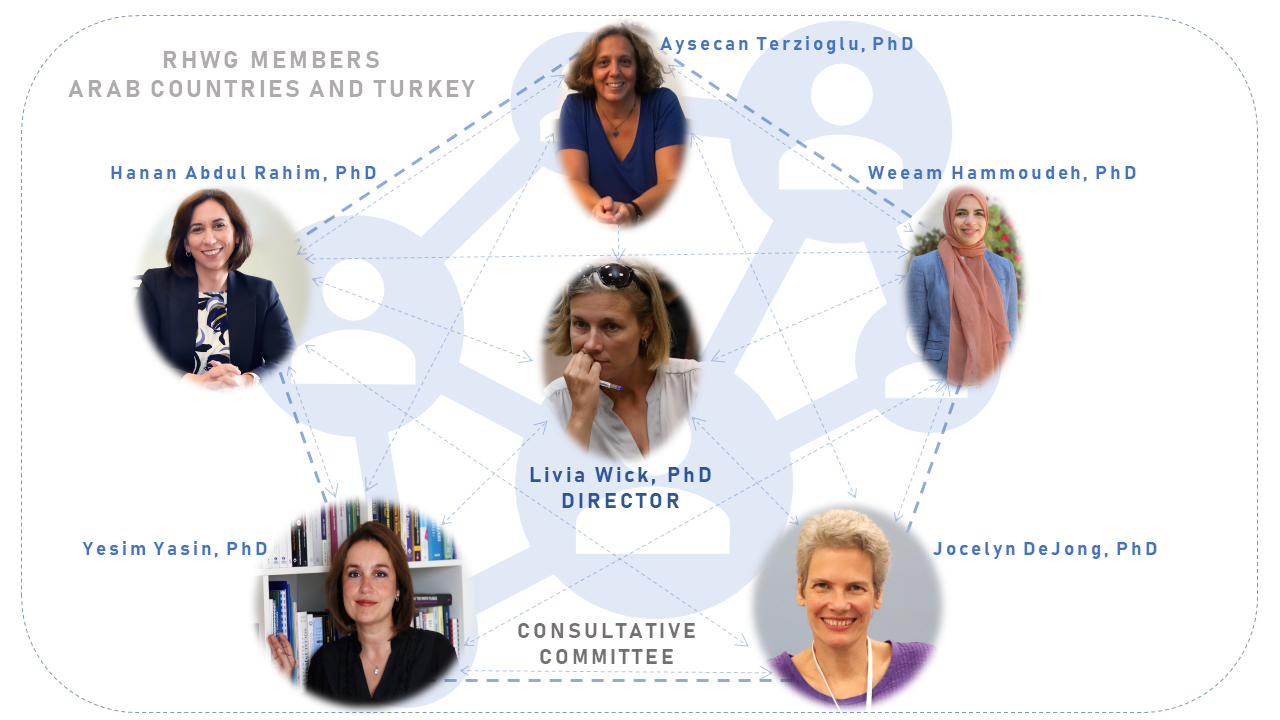 The Reproductive Health Working Group (RHWG) has been governed by a coordinator with the support of a voluntary five-person Consultative Committee that reflects geographic and disciplinary diversity. For some time, the RHWG has been engaged in a process of change to the governance of the network. The Consultative Committee (CC) which was composed of Hyam Bashour, Atf Gherissi, Rita Giacaman, Belgin Tekce and Huda Zurayk has been going through a process of planned and staggered replacement of members who have resigned. Hyam Bashour resigned in 2019, and Jocelyn DeJong became a Consultative Committee member when she stepped down from the coordinator position. At this same time-period, Talita Cetinoglu became the coordinator for five months and stepped down. In September 2020, Livia Wick took the role of director of the RHWG and Weeam Hammoudeh and Ayşecan Terzioğlu replaced Huda Zurayk and Atf Gherissi on the Consultative Committee. Finally, Belgin Tekce and Rita Giacaman left the CC in February 2021. At that time, Hanan Abdul Rahim and Yeşim Yasin joined it.

Thus, the new Consultative Committee is Hanan Abdul Rahim, Jocelyn DeJong, Weeam Hammoudeh, Ayşecan Terzioğlu and Yeşim Yasin. The Director and the CC are excited to steer the network to continue its work in supporting research, mentoring and sharing work that shape the research agendas and lives of researchers working on gender and health in Arab countries and Turkey.